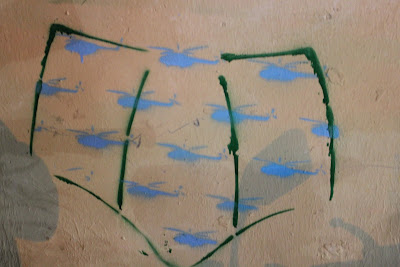 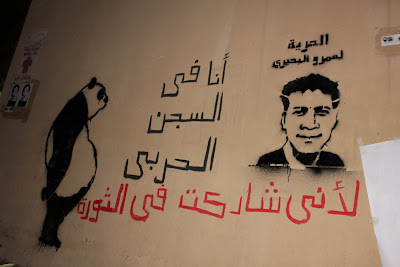 "Freedom for Amr el-Beheiri." Stenciled portrait of the imprisoned activist, with graffitied message reading "I'm in military prison - because I participated in the revolution." The panda stands in solidarity. 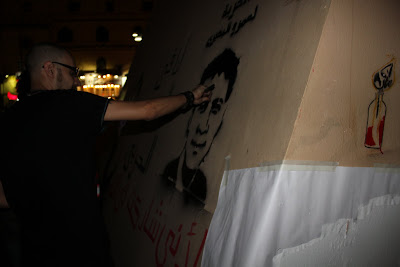 Street-artist Omar Mostafa has repainted a larger stencil of Amr el-Beheiri this time around. His first stencil was censored/painted-over in late April. 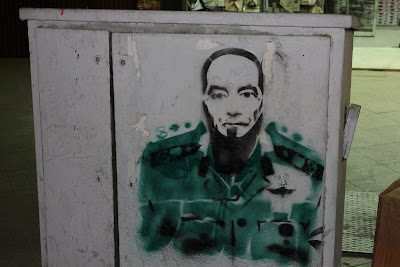 In Talaat Harb Square. Tantawi the Salafi. Stenciled portrait of Field Marshall Hussein Tantawi - chief of the ruling military junta, and Mubarak's Minister of Defense for 20 years - sporting a Salafi beard with a shaved mustache. The interim military dictator is accused of getting into (the political) bed with the Salafis, amongst many other reactionaries. 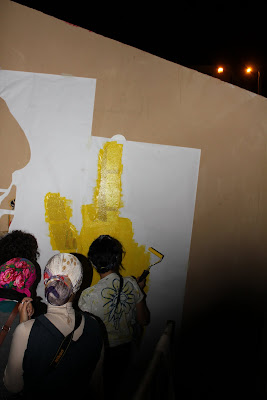 New to the street-art scene, a number of female activists worked tediously to repaint the censored mural dedicated to Islam Raafat, an 18 year old 'martyr of the revolution.' 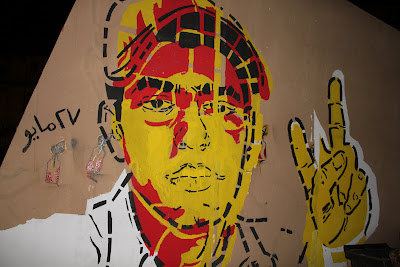 Islam Raafat's new memorial mural. The angles are a bit crooked, and it looks like he now has Molotov-cocktail earrings (as a result of painting-over extant street-art.) But nice nonetheless. The date May 27 is painted to remind passersby of the massive street action planned for that day - in order to reclaim the popular revolution. 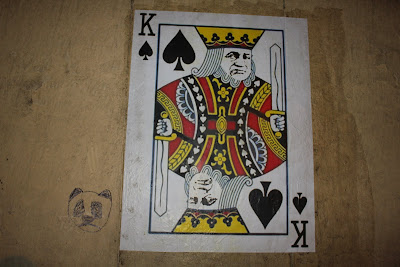 In the district of Zamalek. King of Spades the old-ass fallen-dictator Hosni Mubarak. Fine street-art by 'Sad Panda.' 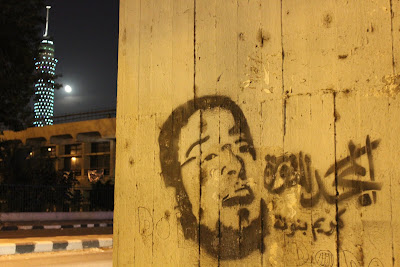 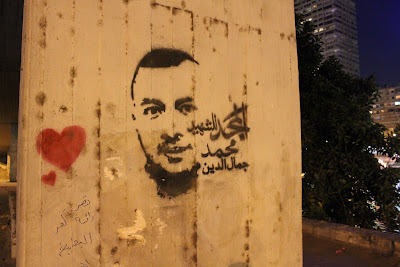 Mohamed Gamal el-Dein. "Glory be to the martyr." 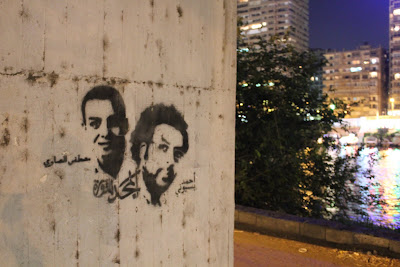 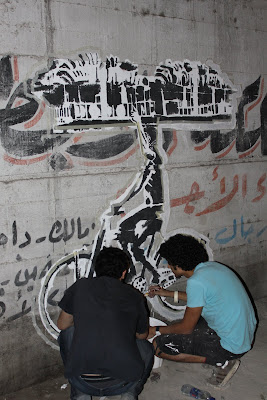 Street-artist 'Ganzeer' and other activist-artists involved in massive mural. Image of delivery man on bicycle with a large tray of bread on his head (Egyptian-style.) This brave cyclist is confronted by a life-sized army tank on the same wall. 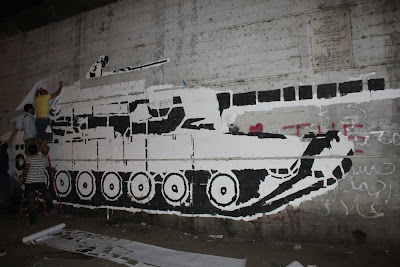 Big-ass tank. This mural took over three days to finish. Photo from the third day of tedious and back-breaking work. Layers of stencils were still being added. 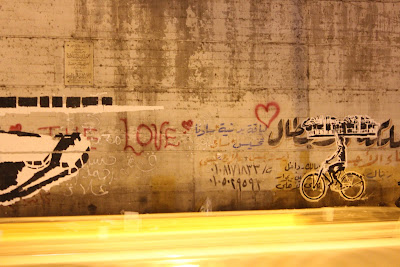 Cars drive by. Some pull over, while countless numbers of passersby stop to admire the art and the effort.
Posted by Jano Charbel at 5:48 PM

Brilliant !!! I filled with hope when I see the creative energy of Tahrir alive and well.

This is Phil from The Infamous magazine again. If you are interested, I am still very interested in featuring the work of Egyptian artists and projects like the Mad Graffiti Weekend in our next issue. If you are willing to help me, please email me at philt@theinfamousmag.com. Thank you -PHIL

Your blog is a great source on Graffiti in Cairo. Could you please advertise a new Street Project we are tyring to put together. Since We have all these problems with big Media controlling the spread of information and what kind of info gets to the masses, and at the same time we have all these unused streets and walls that can serve as an amazing ALTERNATIVE platform. So the idea is simple: use street art to promote public awareness AND social change. We’re having our first creative session this Sunday, August 21, 2011. Plz chk it out our page: https://www.facebook.com/pages/Bringin-Art-Skillz-to-Egypts-Streetz/267106683299507. LIKE the pg, post it on your blog and pass on to ppl you think might be interested in Cairo (i.e. artists specifically).