Egypt's newest trade union was established on Thursday; the Independent Union of Public Transport Authority Workers. Hundreds of PTA workers attended the inauguration and preparatory conference of their independent trade union - at the Journalists' Syndicate. 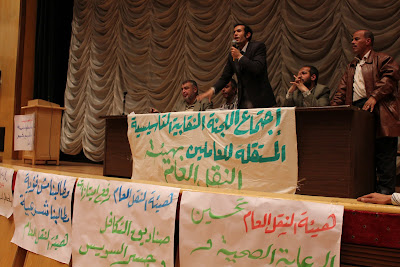 Joining this union are 60,000 bus-drivers, conductors, mechanics, and engineers employed in the PTA - from across greater Cairo. Tens of thousands have rallied for the establishment of representative, accountable and democratically-elected trade union committees. 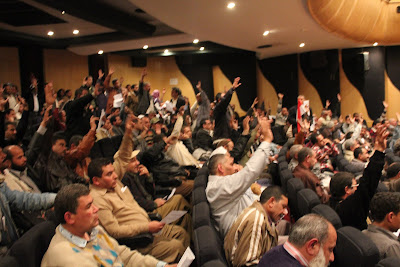 Workers voted to break away from the General Union of Land Transport Workers, a yellow union within the (state-controlled) Egyptian Trade Union Federation. This new union is the fifth independent association to be established since 1957. 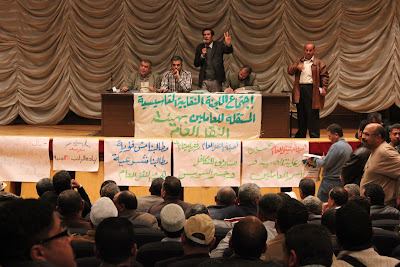 And today the Independent Union of the Public Transport Authority Workers.

The Egyptian Federation of Independent Trade Unions (EFITU) - a confederation of the first four associations - was established on January 30th.
Posted by Jano Charbel at 7:16 PM

Interesting report. How would one contact these brothers and sisters?

Dear Jano Charbel, i would like to come in contact with you, for some questions i have, because i write an article about situation and struggle of workers in egypt for the "Direkte Aktion", paper of the Free Workers Union (FAU) in Germany.
thanks and solidarity, Tom